- November 20, 2017
Back in the day, way back in time, it was actually pretty offensive to call someone a JAMERICAN.

Now, they’ve got a flag for this. 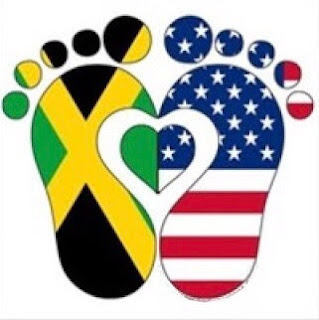 Before I get carried away, let me say this. I was born in Jamaica... by the river! In a little tenttttt... and ohhhh just like the river! I’ve been running ever since! It’s been a loooong time coming, but I knowwwwwwwwww that you’ll share this link! Oh yes you will! (Sam Cooke voice).

Actually I was born in a hospital. I was living the good life! Then my parents decided to move to America a few years later. I am a citizen of Jamaica, yet I have been living in America for many years. Being neither here nor there has been an identity crisis all of my life, yet with food, it all seems to disappear. Food is the one thing that joins us all together. We eat Asian food, Indian food, American food, West Indian food, and other countries serve food based on cultures too. A perfect example of this was when I went to a restaurant in London and one of the meals was an American burger, with fried Mac and Cheese. YEAH! That was interesting to see...


So, what is a Jamerican again? A Jamerican is a person born in America, whose parents are born in Jamaica. A Jamerican is a first generation American with Jamaican heritage. I am NOT Jamerican. I can hear everything come to a screeching halt. I know, that’s my name, though. The Jamerican Vegan.  Well, friends, I was not born in America, but all my life, I was teased by Jamaicans who felt I was not fully Jamaican because I didn’t “act Jamaican” enough. I stopped trying to understand this philosophy, deeply rooted in false ideologies and concepts or notions that enforce this stereotypical way of thinking. I guess only real Jamaicans know how to do splits on the dance floor, and dagger a woman through a wall. Got it!

Jamaicans weren’t the only people who questioned my place of birth. Americans would also make strange comments, like “are you from here? I hear an strange accent”, or “WOW! You’re from Jamaica? Can you speak Jamaican?” I’ve even gotten “Jamaican? You’re so different though!” I’ve had a guy I liked A LOT tell me I was not a real Jamaican, simply based on the way I articulated myself. English majors tend to articulate themselves sweetie. He lost major vegan brownie points after that. Check yo-self! “Who gon check me boo!?” I had to...

Over the years, despite being fully Jamaican with an accent, I was always too outspoken and silly for Jamaicans, yet around my American counterparts, I wasn’t loud or wild enough. They, clearly, had never seen a Jamaican dancehall video. Oh we gets wild! Okay! It became difficult, accepting myself as a culmination of multiple cultures, and then understanding that I was so much more than all of the labels placed on me, because of my place of birth, my accent, or the color of my skin.

Yet can I help you all to understand the burden of being tied between two cultures? Wanting hot dogs and French fries or a sub sandwich, but going to school with a sardine sandwich and having all the kids in school tell you that you smell like stink fish. The truth is, I did y’all. I did. No apologies, though. It’s just cultural differences. The “other” will always be strange, until you are the other.

To denounce the side of me that loves to watch American football (because the men are hott! Tackle me gently Odell Beckham Jr. I’ll receive you widely!) is just as painful to deceive myself into believing that I don’t love football (soccer) and ackee and green banana and sweet potato with fried plantain. That’s just me, and I have outgrown the apologies years ago. It’s either that you gravitate towards being open to other cultures and people, or you’re more comfortable in your own bubble. That’s fine too. That’s just not what I represent. I am seeing just how infused we are, as more time goes by in my life. People are learning about their heritage, and that the race they once thought was untainted, is actually mixed up. Our DNA shows many of us that we are more connected to other races than we presume. Beyond race, we are all made of stardust.

With Asian culture directly in my blood on both sides of my family, I honestly would never say anything against another culture or race. It’s imbedded in me to be open to the reality of mixing, and miscegenation has a place in my heart, because I am a product of this, but many of us are. Xenophobia can get the boot. I love all people and races, and it shows in my quality of taste. Food is the great bridge that closes the gaps of all cultures.

So I embrace all the times I was teased by my own Jamaican people and others who called me a fake Jamaican, or a JAMERICAN. It actually made for a cool name, and I get to dispel the myths about identity and the idea that we are any less than the beautiful creatures we are, simply based on our cultural influences. I get to use food as a great equalizer, to show the beauty in the world, and in various ethnicities. Every meal that I make is a direct connection to my past experiences and my upbringing, travels and research. I am able to take the name that I was called growing up, and use it to connect us, rather than perpetuate the stereotype. I think it’s pretty neat actually! I embrace it, because as a hybrid, I can see both sides of the table, and choose to exude both things. I am a Jamaican, living in America, and I am grateful for my experiences. I am grateful for curry powder and barbecue sauce. I love it all.

Side Note: To all my Jamericans out there, whether born in the US, or created over time, I love you guys...
BLOG PHOTOS 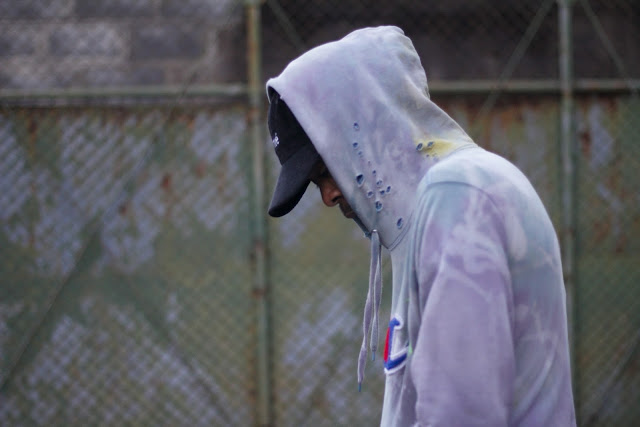 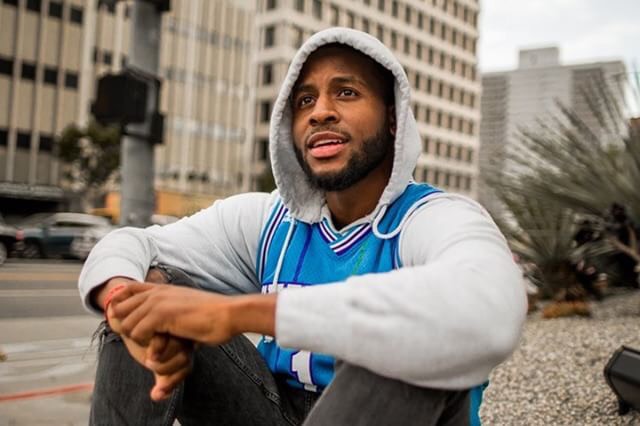 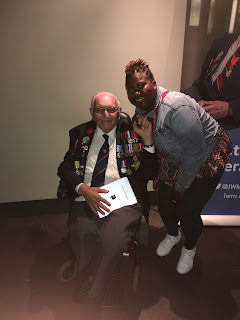